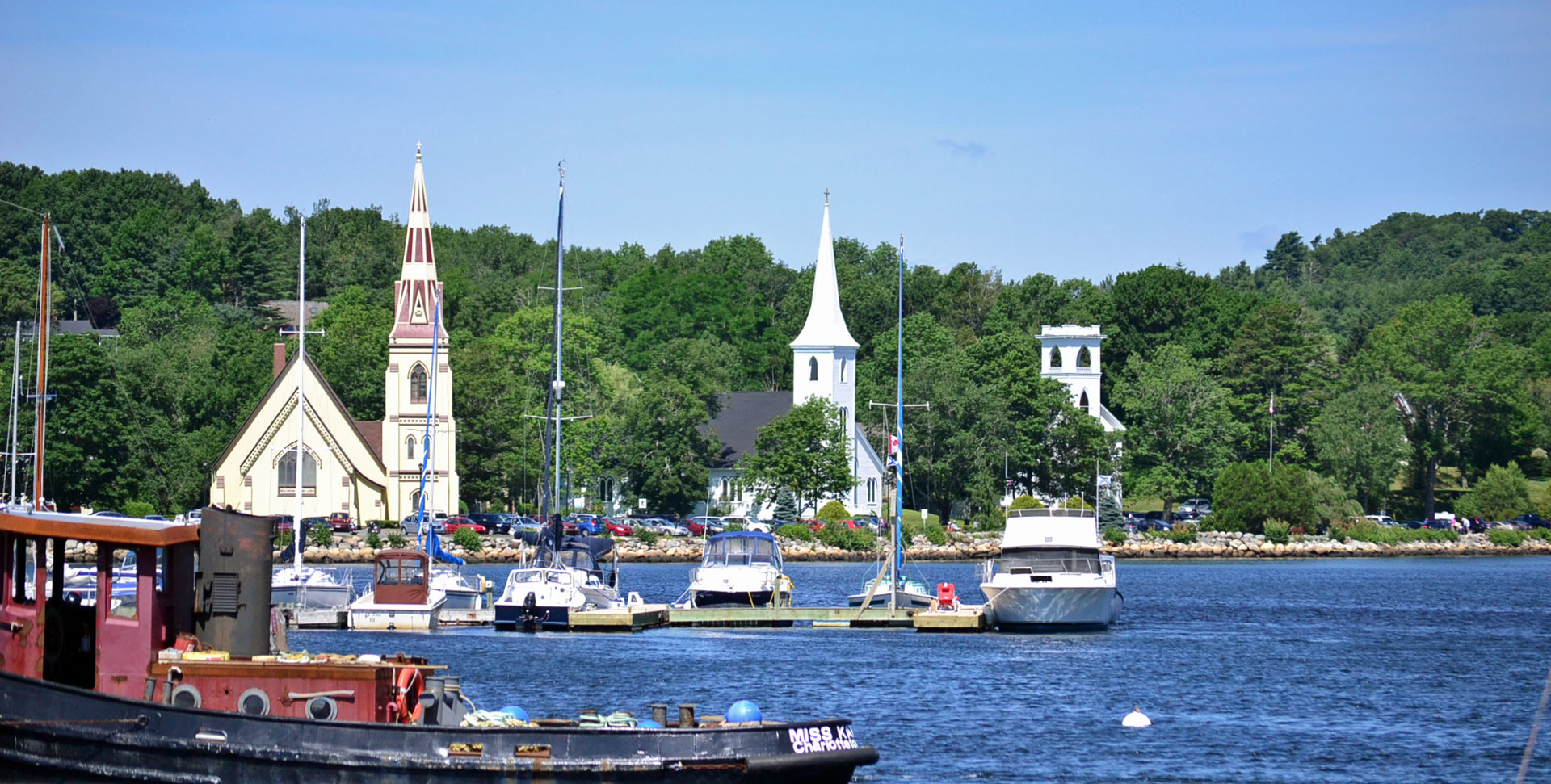 A group of islands in Mahone Bay, off Indian Point, with lots of sandy beaches, bird life, and wilderness sites.

Mahone Bay is a huge bay with 365 islands including the ones shown here. It is also the name of a quaint nearby town. The name comes from the French word, mahonne, for the low Venetian boats once used by pirates in the area. The islands provided good hiding places for the American privateers who would sneak out and raid passing British ships. One of the privateers, the Young Teazer, was being chased by the British in June 1813. According to one story, a British deserter on board, fearing the gallows, set fire to the ship. The Young Teazer blew up killing most of the men on board and ever since locals have reported sightings of the fiery ghost ship known locally as the Teazer Light.

Click here for more information about this route
Think this is worth sharing...?