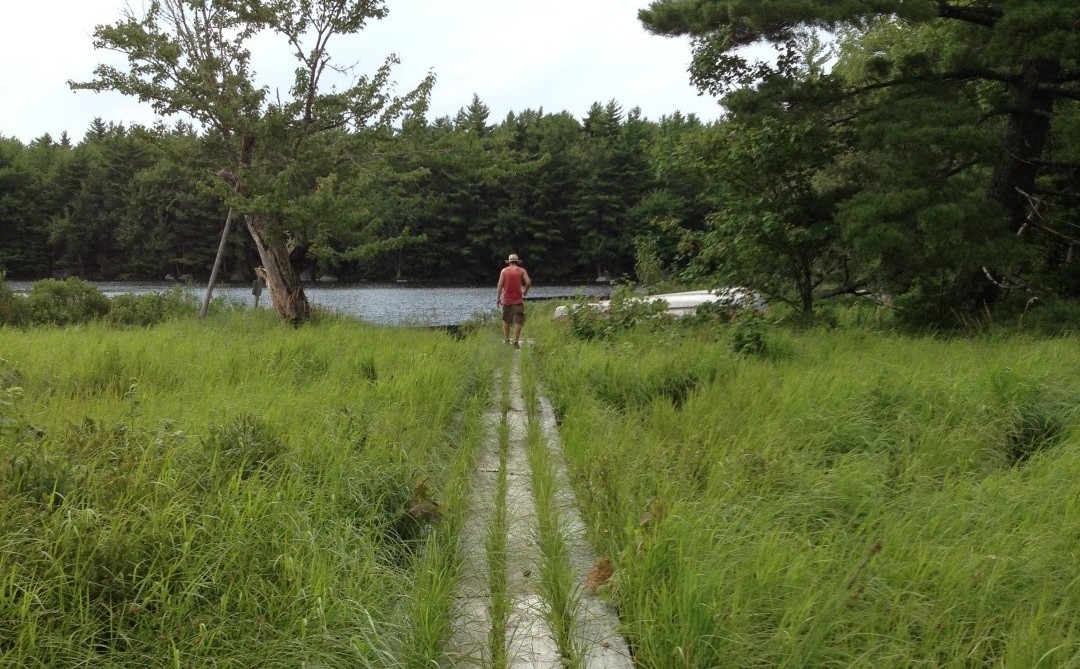 Half of the work for this particular trip was the preparation. The Liberty Lake Loop is a 60km trail in the backcountry of Kejimkujik National Park and Historic Site, which we came to realize was a bit wilder than we had imagined. Although we have certainly spent some time carrying a heavy backpack, prior to this we had never done such a remote hike where we had to bring all of the food and supplies needed for the four days it would take to complete the loop.

We began hiking on a Sunday afternoon at the Big Dam end of the loop. The first leg of the hike is part of multiple loops and quite well trodden as a result. At each turnoff we passed, the trail would get narrower and rough underfoot, until we passed the final fork and settled onto the single file trail that would be home for the next four days. Our first night was spent at campsite 44, a picturesque spot on the edge of a fast flowing stream.

Is it possible for a place to be noisy and relaxing at the same time? We say yes.

Monday was a short day by the map, from site 44 to 42, but ended up being our longest because of the terrain and condition of the trail. We quickly learned that once your feet are wet there’s not much point trying to walk around the puddles and swamps. Instead we found ourselves trudging through ankle deep mud and water at times, and where the ground was dry the brush was growing well above Marika’s head. But at the end of that hard day we were given a suitable reward, watching the sun set in a perfectly clear sky over the trail’s namesake and halfway point, Liberty Lake. 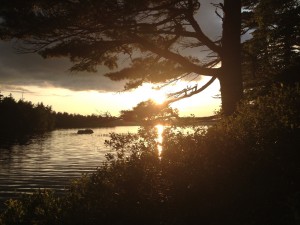 Tuesday was the day our electronics started failing – not that we had that many, only our phones and our GPS. We did have our solar charger with us, but it’s difficult to find a clear place in the woods, and with a destination to get to, there was little time to sit waiting. Plus there was no reception anyway! Fortunately for us we’re used to doing things the old fashioned way, like using a paper map.

Wednesday we finally emerged from the wilderness. Much like the reverse of our first day, the trail slowly became wider and well-travelled, making the final stretch an easy walk. From the trail end at Eel Weir we got a drive back to the Information Centre with two park wardens and had the opportunity to talk about the trail with them. As it turned out, the entire length of the trail hadn’t been cleared in the last 8 years. Despite the conditions, it was still a rewarding (challenging!) hike that we’re glad to have completed.

The remoteness of this hike was what made it one of the most memorable adventures of the summer. Excluding the first day which was spent on a more frequented trail, we didn’t meet any other hikers during the entire four days we spent in the backcountry. 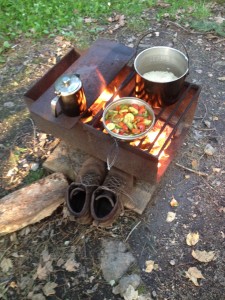 Nothing like a good meal (and dry boots) after a long day outdoors.

The natural beauty and the quietness overpowers the buzz of mosquitos, and I can truly say that I didn’t miss the modern conveniences we have become so accustomed to.  There is simply something therapeutic about awakening to a set goal of travelling a specific distance to reach a destination, and beginning and ending each day with a modest meal over a campfire.  You’re left with a kind of fatigue that doesn’t burden you, but leaves you rejuvenated and content.  At the end of each day I felt clean from bathing in the river, well fed, and a comforting degree of peace of mind.

Think this is worth sharing...?